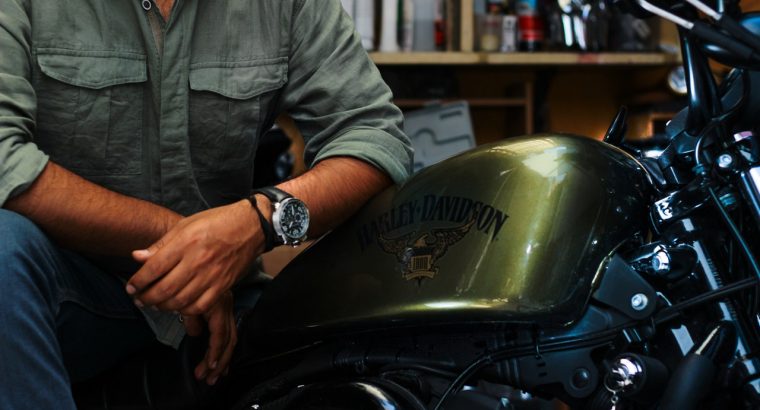 For most of us, Harley is the iconic American brand and just like a lot of my countrymen, they’re loud, big, fast, and not terribly efficient. At the same time, if you get to know them, they’re a lot of fun and all the things that you don’t like about them can usually be fixed with time, money, or both.

Earlier this month, I had the chance to go spend some time in Europe and over 10 days, I was able to visit several countries in the EU – The Netherlands and Great Britain for most of the time and Germany, Denmark, and Belgium for a day or so apiece.  Despite so much travel, I had the chance to spend time with people from a wide range of backgrounds and I learned something surprising.

Europeans are in love with Harleys.  I saw them on the road, but the number of Europeans I saw wearing Harley-badged gear was huge.

When I got back home, I was so inspired, I did some digging about what I’d observed.

Despite tariffs nearly doubling the price of an average Harley in Europe, Harley has doubled its market share in Europe since 2005 and, while that market share is a fraction of the total market, it’s interesting to note that this represents growth – something that Harley Davidson is struggling with in North America.

Guess what?  Here in the United States, Harley sales have declined quarter after quarter for 14 quarters.  Is it any wonder Harley wants to push production overseas to lower the labor costs and dodge steel and aluminum tariffs?  With the bright spot for Mother Davidson being the Far East, Europe, and other foreign markets, this is probably not the last strange move that Harley will make – not only to keep costs down, but also to engage buyers on a more local level.

This is due in part to Harley finally adapting its sales pitch to the market.   Most of us know that H-D has done a poor job of that in the North America, choosing instead to bank on getting one more top-end bike sold to an ever-more blue-haired crowd of leather-clad bikers here.  The company has not only established a strong network of dealerships in the EU, but it has also customized its offer with slimmer motorcycles to fit the narrow European streets and more customization options, including onboard Wi-Fi, all the while playing its American-born card.

What’s interesting is that while I was in Europe, I couldn’t find one of these dealerships to actually visit.  I was near them, but time didn’t allow me to actually go in and observe how H-D did their dealerships.  It’s a mystery to me, but I can’t help but wonder if they’ve trotted out the same old blueprint there they’ve used in North America.  Line up the chrome, slap some tattooed folks in black tee shirts on the floor and try to sell an image or adapt the calmer, quieter tone of sales I observed while one of my friends dropped off his Jaguar for service in Manchester.

No matter what, the dumpster fire that is Harley Davidson’s corporate strategy will be interesting to watch, but I’m not sure if I’m ready to bank on them pulling it out.